Admittedly, I got a little overwhelmed when I started working on this blog.  I saw other blogs that were very well established and thought that I immediately needed to do the same.  In my mind, it didn't matter that some of them had been established for upwards of 5 years.   I started posting every day, eventually running out of "quality" material and ideas.  My last post was July 6th of 2015 and my goal for the remainder of 2016 is to post one quality review, article or update every week.

Ryan will be working more on firearm/ammo reviews as well as contributing with articles on his firearm builds and restorations.  Keep an eye out for a 3 part update on an awesome Venezuelan Contract Mauser project from him.

I have been busy spending time with my son (now 15 months), watching him grow and experiencing all of his firsts.  Its been an amazing time for my family.  He has been the best excuse I could imagine for not getting out for the hunting seasons as often as prior years.  The 2015-2016 deer season ended up being the second straight year I did not kill a deer.  I shot a few ducks on the river out of my kayak, shot some more at one of my favorite public lands in MD and enjoyed the few times I got to get out.  In a few weeks, I will be back on the Eastern Shore getting after turkeys on my lease, then heading out to Western MD with Ryan to chase the mountain gobblers like we started to do last Spring.  After my son goes to bed, I've been busy tying flies and working on carving OPC poppers. I attended The Fly Fishing Show on 3/5/16 in Lancaster, PA and I pretty much have top-water and sub-surface flies ready to go.  Now I just need to work on the bottom of the water column.

Anyways, as I mentioned before, I am going to try to have fun with this page as was originally intended and not feel pressured.  I will post reviews when I can, update more fishing trips and reports as they happen and maintain consistency in posting.  Hope you all enjoy 2016 as much as I know I will.  I have been active on Instagram (@skyanger) during the blog hiatus, so please check me out over there as well.

Here are some streamers I've been working on in the evenings.  I've been steadily adding more materials to my arsenal and trying to learn a new fly every week.  Below are some baitfish imitations including some "Hollow Fleyes" on the right.  Amazing action in the water! 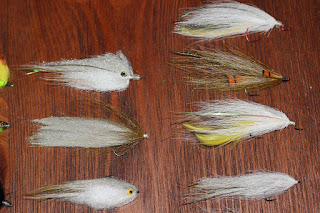 Below is my new Allen Fly Fishing Alpha III Reel.  It will be paired with an 8-weight Allen Compass Rod to get those big streamers where they need to go. 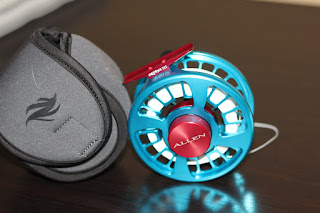 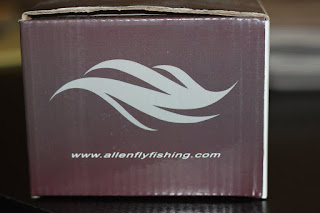